Episode #94 – The Podcast Where Dan Gets In Trouble With Google

Google is a great ally. When your Google Ads convert and you’re topping the search rankings, real estate investing is a dream.

But if you’re not there yet, you might think Google hates you—even though you do everything they advise you! The truth is: Google advises what’s best for Google. But you should do what’s best for YOU.

Ready to stop being dependent on Google’s advice and get results? Listen now!

To get the latest updates directly from Dan and discuss business with other real estate investors, join the REI marketing nerds Facebook group here: http://adwordsnerds.com/group

Need help with your online marketing? Jump on a FREE strategy session with our team. We'll dive deep into your market and help you build a custom strategy for finding motivated seller leads online. Schedule for free here: http://adwordsnerds.com/strategy

You're listening to the “REI Marketing Nerds” podcast, the leading resource for real estate investors who want to dominate their market online. Dan Barrett is the founder of AdWords Nerds, a high-tech digital agency, focusing exclusively on helping real estate investors like you get more leads and deals online, outsmart your competition, and live a freer, more awesome life. And, now, your host, Dan Barrett.

Dan: Hello, and welcome to this week's episode of the REI Marketing Nerds podcast. As always, this is Daniel Barrett here from AdWordsNerds.com. How are you? I hope you are doing well.

Okay, this week is the week that I'm going to get in trouble with Google and, look, Google and I have a pretty long-standing relationship. Clearly, I named my company AdWords Nerds because I truly believe in the power of Google Ads to find motivated seller leads for real estate investors, and that's all I do. Right? Even before I started doing Google Ads and before I started working with investors, I was doing full-time SEO, so search engine optimization. I was very concerned with “How do I get these websites to show up organically in Google?” [02:03.4]

So, I have been deep inside Google's labyrinthine depths for many, many years now, over a decade. And I have a lot of respect for Google. I love Google. Google's great. Okay?

Now, that said, what I'm going to tell you is probably the piece of advice I give most often inside my coaching programs. I have the Search.Click.Convert Bootcamp, which is a coaching program about getting your first deal from Google ds. And then, I have kind of a high-level kind of coaching program called the REI Marketing Mastery Program, which is a year long, and covers PPC and SEO. People come in there because I want to learn how to do what I do. People come in there because maybe they have a VA or they have a staff member that they want to take over their marketing in-house and they're going to train them there. A variety of reasons, right?

Probably the most common piece of advice I give to these students, and I'm going to give this advice to you now—I think average coaching students, they're paying $2,500 up to $30,000 to work with me. This is the advice they're getting. I'm giving it to you for free. All right, here is my advice: don't do what Google suggests.

Don't do what Google suggests.

I think I'm okay in terms of intelligence, and I've been at this a long time and I'm very specialized, so I know a lot about what I know a lot about. But, look, the amount that I don't know is infinitely broader and vaster than what I do know. So, look, don't take anything I say without a grain of salt. I want to try to give you the mental model, so you can think through this on your own at the end here, but let's start with the first instance.

They will suggest any number of things. And, in fact, I think it was two years ago, they first rolled out the Google optimization score, which is basically like a percentile score up to 100% of how many of their suggestions you have taken. And the more suggestions that you take, the more, quote-unquote, “optimized” they consider you to be.

Now, these two things correlated. They are connected, right? Someone's got to click the ad to land on your website. They've got to land on your website in order to be a lead and they've got to be a lead in order to turn into a deal. So, I'm not saying these two things are million miles apart, completely unconnected. They are connected, but they are not the same. [06:18.1]

Now, clicks are great, but clicks cost money. That's why Google wants them. And so, Google will generate clicks at the expense of your cost per deal acquisition, by which I mean they will drive many, many, many, many clicks to your door that are never going to convert ever. [07:15.7]

Now, the second situation I want to talk about where I think you should ignore Google's suggestions is when they offer to have a Google representative work with you. They will reach out to you. They will say, Hey, I notice you have a Google Ads account. That's great. How would you like a dedicated Google rep, someone who knows Google AdWords from the inside who's going to come in and help you make your campaigns better? [08:01.1]

And, look, these are very sweet people. I've talked to literally dozens upon dozens upon dozens of these people. They're generally very nice. They're generally very eager. Their heart is in the right place. But I will tell you, I will tell you, people have paid me tens to hundreds of thousands of dollars over the course of my career to unto the things the Google reps do.

Now, look, I'm not saying these people are evil. They're not. They're, really—I mean this literally—well-meaning people. But at Google, they believe that more spend equals more deals. And I will tell you as someone who has done this and pretty much only this for nigh on a decade now, that is not the case. It is not the case that the more you spend, the more deals you will necessarily get.

Again, these things are correlated, but they are not causative. I can get more deals in the market with $3,000 than Google reps can get with 20,000. And that's not because I'm a genius and I'm super basically in what I do. It's just because I actually know how real estate investing works. I actually know what a motivated seller is. No one at Google even knows what that means. [10:13.0]

So, going to these people and getting advice on your account is literally … I have never seen a workout. I have literally never seen an instance where this has worked out in the favor of the investor.

So, look, here is the mental model I want you to think about. Okay? It is really simple. Econ one-one-one stuff, incentives. Incentives. It's like Charlie Munger always says, if you want to get ants, you pour honey on the floor, right? It's pretty obvious. Nature follows incentives. And so, if you incentivize Google to generate more clicks and because, by the way, that is how they get paid, it is a cost-per-click advertising channel, meaning they get paid when they get clicks, so they have that incentive. If you incentivize Google to get clicks, they will suggest things that get clicks. [11:10.6]

And I'm not even saying they're doing this deliberately. I don't know if there's some kind of smoke-filled back room where everyone's like, Oh yeah, what we're going to do is we're going to suggest all these ways to get clicks. Bwhaha. I don't think that's happening. I think it's completely subconscious and I think they truly, truly believe, the more clicks, the better, and in many industries such probably true. It is not true in real estate investing.

In real estate investing, quality of leads trumps quantity of leads every single day of the week. And there are certainly strategies that work that are high volume and relatively low quality. I get it. But it doesn't work well in Google Ads. Most of the time, that is not going to serve you. I won't say all the time. Most of the time. [12:01.7]

I'm not saying don't trust anybody and don't believe anybody. There's no such thing as truth. I'm absolutely not saying that. I'm just saying you have to understand that incentives affect how we view the world around us, and this is as true at Google as it is in your living room. So, think about your own incentives too. That's the deepest level, right? [13:04.2]

Bring this back. Who should you listen to? What I think you should probably do, so one thing, the first thing you listened to is your own data. Okay? There is one, yeah, it's valuable to say, Hey, here's what happens to the average investor. Here's the average best keywords across the country. Here's the average cost per lead. But, in reality, none of that matters to you. You're going to run your account in your market with your budget, with your tolerance for risk. The average doesn't matter. The individual indexing matters. What is your market doing? So if you have historical data, look at your historical data. Nothing is going to be better at giving you advice than your own historical data.

The other thing is to just talk to other real estate investors or people in the real estate investing space. Doesn't have to be me, although, of course, AdWordsNerds.com/Strategy, you can talk to me anytime you want. AdWordsNerds.com/Strategy. But let's say you don't want to talk to me because you don't like the sound of my voice. Well, I don't know why you listen to this podcast, but you just hate my face. Okay, totally fine. [14:05.9]

And, look, if you don't take anything, if you ignore all the mental model stuff, fine. You don't want to think about it, fine. Let me just give you this most actionable piece of this piece of advice people have literally paid me thousands of dollars to get: don't do what Google suggests. And if you guys see me in a Supermax prison on the moon next week, flown there by Google drones, you'll know why I got there. [15:08.7]

As always, I hope you enjoyed this episode. I don't know. I don't know if you could tell, I certainly had fun doing it. Look, if you're not in our Facebook group, you should really join. See REI Marketing Nerds Facebook group. You can get there at AdWordsNerds.com/Group, super fun place to be. A lot of really good investors in there. I'm posting in there every day, so just jump in there if you want more content like this.

And, of course, you can get this episode, all our past episodes, show notes, everything, AdWordsNerds.com/Podcast.
Love you. Hope you are happy, healthy, safe and secure. And I will talk to you next week. Cheers. 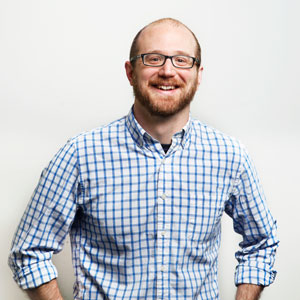 The world’s only podcast dedicated to online marketing for real estate investors. We share the real-world tips, tricks, mindsets and strategies you can use to find motivated seller leads online, close more deals, and dominate your market.