The Power Of Hope

Many people think they know what hope is, but if you’ve ever been in a truly desperate situation you may understand that it can be more complicated and difficult than you once thought to have hope.

In this episode, Dr. Rick explains how the language you use can destroy your hope, how to restore hope in your darkest time, and the one action you absolutely must take to achieve what you hope for most.

Do you want to stop existing and start living your best life right now? Click here to get the first chapter of Dr. Rick’s best-selling book, Lessons From a Third Grade Dropout, for free.

Now, in order for me to set the stage, let me go back a couple of years to 2017. That's when I was finishing up my book, Afraid to Hope, and this book captures the darkest season of my life. My first wife and the mother of our two little boys died of breast cancer 24 years ago, and her death resulted in just a horrific season in our lives, just devastation and loss, and grief and despair. [01:10.1]

We were at rock bottom and we couldn't see any hope whatsoever, and I talk about how it was my desire to try to go on if I could, so I would look for hope. My problem was I was looking externally for hope. I was looking anywhere I could to find some sense of hope, some glimmer of hope, and I just felt hopeless.

Yet, in the back of my mind, I could hear my father's voice with a piercing familiarity all throughout my childhood saying, “Son, don't ever lose hope. Make sure that all your life, you have hope. And I'm thinking during this time, I'm having a hard time locating that hope.” And so, I started writing this book and I started talking about how I went from being hopeless to discovering that hope was always inside of me, that I just had to realize that I needed to connect to it. [02:06.6]

That's a powerful thought. That hope was always residing in me, but I had to reconnect to the hope. And so, in the early stages of the book, I talk about what hope is not. For example, hope is not a fleeting thought. Hope is not wish fulfillment.

Hope is not just a casual rendition of what we like to see, but because of the casualness of our language, we have neutered the power out of hope and we've reduced it to the basement of human language. We say things like, Well, I hope it doesn't rain, or I hope I get the parking spot. And I think because of the casualness of the language, I was searching for something that I thought should have been far more significant, but it wasn't and it wasn't there. At least, I wasn't connecting to it.
And so, I finished the book and I was so blessed that the book was received, but there's always criticism. In fact, I can hear some business people saying, Well, Rick, it's a good book, but just remember this. Hope is not a strategy. [03:13.5]
And that stung. That stung for a while. I took it personally.

Come on, y'all. A strategy is a plan. Hope is a belief, and so hope is far more significant than something that can change at the drop of a hat. It is more powerful than just a plan that you draw up.

Hope is even more powerful than optimism. Optimism is important. Optimism is good, but optimism is a feeling and a feeling can be fleeting. Optimism is the feeling that things might get better, whereas hope is an expected behavior that together we are going to make it through. It is having faith. Hope requires faith. It is the faith that somehow I am going to get through this obstacle, right? [04:22.3]

Hope is a virtue. Hope is something that is with insight that has the potential to transform. I mean, think about the definition of a virtue. It is behavior that produces the quality of outstanding behavior, the highest moral standard.

It is a quality within every human spirit that places a transformative demand upon the heart to believe for the absolute best outcome. That's active. That's powerful. That's transformative. Listen to what Helen Keller said on one occasion: “Hope sees the invisible, feels the intangible, achieves the impossible.”

One of the greatest motivational speakers of our day is Les Brown. He is absolutely awesome. Listen to what Les Brown said. He said, “Faith is the oil that takes the friction out of life.” [07:13.2]

Ho-ho, baby. Here's the turning point right here. It requires you to make a choice. Remember my definition? Hope is a quality. It's a virtue within every one of our spirits, within every one of us, that places a transformative demand up on our hearts to believe for the absolute best outcome. [08:20.5]

Rick, what are you saying? Hope demands an immediate and decisive response. Let me give you an illustration. For years, I was privileged to be on the football coaching staff at Texas A&M. I was hired by legendary coach R.C. Slocum. What a great, great coach and a dear friend to this very day. And I was the team's chaplain and life skills coach, a character coach, if you will, and I recall playing in the big 12 championship game in 1998.

We were playing against the red hot Kansas state football team. They were ranked number one in the coaches poll in the nation. If they won this game this particular day, they would go on and play in the national championship game, and we were losing to them decidedly in the first half. [09:06.8]

Coach locum demanded an immediate and decisive response. He placed a demand, a transformative demand upon us to start believing for the absolute best outcome in the second half—don't just go out and play the game. Don't look at the scoreboard. Just play the next play with this expected belief that you are going to overcome. By the way, friends, we won that game 36–33 in double overtime. [10:04.7]

It was because we really executed that second half, but make no mistake about it—that execution was fueled by, motivated by this expectation that we actually believed that we were going to exceed at the highest level. That's what hope does. Hope transforms your thinking. Hope challenges the existing status quo. Hope places that kind of transformative demand upon you where you are believing the absolute best outcome regardless of what you see. In fact, Coach Slocum said, “Don't look at the scoreboard. Just play the next play.” That's the power of hope, friend, and that power is available to every single one of us.
I was afraid to hope during that season 24 years ago and I didn't want to hope. And yet my father at the casket demanded an immediate and decisive response with three words: “Son, just stand.” [11:12.2]

“Son, just stand.” Translation: Son, I'm going to give you a choice. You can stand and keep going or you can bail out. You can quit. You can disappear. You can go through the motions.

You see, hope requires courage. I had to develop the courage to make a choice. Hope requires faith. I had to have faith that, regardless of what I saw before me, even regardless of how I felt, I had to believe for the absolute best outcome, and hope requires an immediate decisive response—I will put one foot in front of the other. I will wake up in the morning and brush my teeth. I will make up the bed and I will breathe. [12:04.5]

I mean, for a lot of people that I deal with who are dealing with massive loss, I will coach them in that way. Just get up. Put one foot in front of the other and just breathe for it.
Friend, I want to share with you one of my favorite quotes and it, too, is from Helen Keller. There was never a night that could defeat the sunrise of hope.

Friend, we have the power within us. Please listen to me. We have the power residing within us to demand hope. May that be said, may that not only be said of us, but may we find the courage and the faith to demand an immediate and decisive response that we would take action every day, regardless of the circumstances, whether it's a failed marriage, whether we're having trouble in school, trouble in business, whether there's an illness, even regardless of whether there's a pandemic. May we make a choice to place a transformative demand up on our heart to believe for the absolute best outcome. [13:21.4]
Friend, that's called the power of hope. I want you to think about that for a while.

In the meantime. I'm so grateful that you tuned in today and let me close by asking you the most important question I can ask you: how you livin’?

I'll talk to you soon.

Are you ready to make an impact in your world right now? Do you want to stop existing and start living your best life right now? Dr. Rick wants to give you the first chapter of his bestselling book, “Lessons from a Third Grade Dropout,” absolutely free. Just go to www.RickRigsby.com/freegift to get the print or audio book right now. 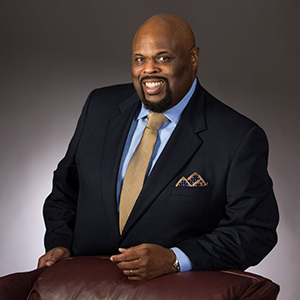 The former award-winning journalist followed a television career with graduate school—and two decades as a college professor . . . most of those years at Texas A&M University, where he also served as character coach and chaplain for the Aggies football team.

The internationally acclaimed speaker is a presenter for top companies around the world, as well as a favorite among professional sports organizations, including the National Football League and the PGA.

Next post: The Ultimate Lead Generation Machine For Financial Advisors