Get Your Schedule In Order!

Because having a big to-do lists tricks you into thinking you’re being productive when you’re actually doing busy work that doesn’t move the needle for your business.

It’s an easy trap to fall into. But there’s an easy way to escape it.

In this episode, I reveal the simple thing you need to do to get your schedule in order so you can laugh your way to the bank.

Here Are The Show Highlights:

If you're ready to put the power of wholescaling to work for you, then head over to https://JoeEvangelisti.com/downloads to get your free “Business In A Box” downloads.

Or if you're a true action taker, ready to blow the lid off your results. You can apply now to work with our team to build the business of your dreams faster than you ever thought possible. Go to http://realestatemoneymindset.com to apply and change your life.

Do you want to become a successful wholesaler and help support the show? Then, share this with two people and go to wherever you listen to podcasts, subscribe to the show, and leave a 5-star rating and review. We will pick one of the top five star comments and give away free swag and goodies.

You're not a rookie real estate investor anymore. In fact, you're probably doing a small handful of deals each month, but you're killing yourself to make it happen and to top it off, if you take time off from your business, you don't make any money. That's because you don't have a real business, yet. We're about to fix all that. If you're a can do action taker, the whole scaling podcast will teach you the tips, tricks, and systems you need to generate massive revenue, build your team and give you the financial freedom you've dreamed of in any market in the US. This is WholeScaling.

(00:42): Setting your daily schedule for focus. So while you're doing that meditation, you're going to put some time aside in the morning, and you're going to figure out what are the top three things that will move the needle for me today? The top three things starting with number one, the number one thing. What is the number one thing that's missing from your daily agenda? Is that a person? Is it a thing? Is it marketing? Is it a system? Is it someone you have to hire? Whatever it is. Take motion on that thing. Take action on that thing, right? Cause the number one thing, here's the biggest thing. I want to go back multiple times during my day and review my top three. If it's noon and I haven't done one yet, I'm fucked. You got to get them done before noon, if possible, right? Get them done.

(01:27): First, eat the frog, do the tough things. First. This is the reason why so many people get stuck forever. Infinite to do list is that they keep adding things at a pace, but they're not taking off the important things. So you might have 25 things on your list. Only five of those things are really gonna move the needle for you. They're going to make your day better, make your business better, make your revenue better. Right? What do we do? We go do the other 20 things besides the five that are important because we want to feel busy. And we feel like we accomplished something. Cause we did busy work. Don't do that. Don't get caught in that. Do the tough shit. Assign that contract. Call everyone. You have to call, call the seller and renegotiate it. Do the tough stuff that you know is going to get you paid and get you to a closing table.

(02:11): Before you start sorting through leads on an Excel spreadsheet and cold calling people and trying to see who else is doing deals and looking for the next best software to finish your business, do the tough shit. Guys, negotiate the contract, get the deal to closing. You know what needs to be done? Well, we avoid it. And then we say, Oh, it's such and such. It's going to do that or such. It's going to do it. But then when they don't do it, you get mad at yourself because you didn't close. Sometimes you got to take charge of that piece. Sometimes you got to jump in and coach, sometimes you gotta be a good leader and solve the problem yourself without micromanaging, whatever it has to be done, to get that thing to closing and make money. That's the most important thing. And it's not because of the money.

(02:51): It's because of what the money does for you. It buys you time. It buys you freedom. It buys you leverage to hire more great people. It's going to get you to a new level when you close. So focus on closing, closing the seller is getting the right price, closing the buyers, getting the right price, getting the title company through the process to close control the clock, right? So what are your top three every day. If you go into your day without a top three, then you're just fumbling around. You're just playing with yourself. You don't know what you got going on. You're actually not accomplishing anything. You're just doing your to do list. I want to see you get shit done. And I want to see you get the most important shit done starts with the top three second thing. I'll add to that on schedule.

(03:30): I'm rigorously scheduled. If you look at my calendar every 15 minutes, there's an opening. I have time to do content or I have time to get on a phone call or I have a call from one of my team members. You almost my whole day is blocked. And it's for a reason how you do one thing is how you do everything. How you do one thing is how you do everything. Here's the thing, guys. You can't make a nine 15 call every day, right? Simple five minutes, boom contracts and contracts, pipeline, blah, blah, blah. I don't care if it's all zeros, nobody on the phone call is going. You got all zeros. You fucking lazy piece of shit. It happens. Nobody's breaking your balls, but you got to report it, right? And when you do that five days a week, guess what? You'll stop doing.

(04:15): Just stop going out, hanging out with your friends. You stop spending time on Netflix. You'll stop worrying about the next best shiny object. That's going to get deals closed and you'll start focusing on your shit so that you don't have to come and be accountable for zeros. Again, we don't break your balls for zeros. You break your own balls, but trust me, it ain't going to last long. If you're checking in every morning with zeros you're to want to fix that there's power in that pain, you have to be uncomfortable to move forward. That's why the group coaching the group accountability. So your schedule should be your top three things to move the needle, but you're better be delivered on some sort of accountability structure, right? You have to be at the gym at a certain time. You're going to show up. That's why I go to groups.

(04:57): I go to a group CrossFit gym, right? Because I want to be accountable to the people I said, I'm going to show up for it. So how you do one thing is how you do everything. That's what I think about my schedule. Guys. Be rigorous. If you want to get something done, put it on your schedule, block an hour, do it right. Don't go to bed that night, but that's doing the top three things that you promised yourself and had the self discipline to follow through and execute. How'd you guys find this valuable or insightful or take away some from it and he'd go out there and get it done. None of us are perfect guys. None of us, the closer we can get to these three pieces, the better you're going to be. I promise you kick the kickass deck. 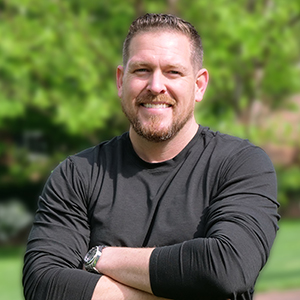 As the founder The Legacy Blueprint Podcast, Joe’s team has flipped over 1,000 houses, does over $10M in real estate flips annually and his real estate team continues to sell over $20 million in real estate each year.

He teaches these strategies through his popular roundtables and masterminds and has helped over 50 business owners grow their business, while creating the life they want.
www.joeevangelisti.com

Previous post: EP 32: It’s Time To Throw In The Towel… The Bloody Truth About Owning A Business.