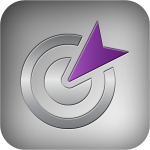 “I think a lot of agents want to sit there and go, “How can I help this person? I really want to help them. What can I do to help them?” They don't want help. You've got to be able to be strong enough to walk away.” – Darin Persinger

Numbers never Lie:
100 PROOF: THE MEASUREMENT THAT GETS YOU DRUNK

Proof labels on alcohol bottles were born from the needs of sailors, who wanted assurances about the quality of their booze at sea. Beginning in 1731, members of the British Royal Navy were given an alcohol ration of half a pint of rum per day. (That practice continued, albeit with reduced quantities, until 1970.)

The men loved their rum, but they often became suspicious that their superiors were watering down the goods. To test the rum's potency, sailors would douse a small pile of gunpowder with the liquor and attempt to set it on fire. If the powder lit instantly, the sailors took it as “proof” that the rum was strong enough. But if the powder fizzled, the booze was deemed unfit to drink. Because spirits need to be at least 57.06 percent alcohol to combust, that threshold became known as “100 degrees proof.”

The British system eventually made it across The Pond, where Americans simplified the idea by redefining “proof” as twice the percentage of alcohol by volume. Sure, it's not as visually impressive as the sailors' method, but it beats having to take a handful of gunpowder into a bar with you.

Three tips:
1. Hire a therapist
2. Consultation – What do you want? Do they know? If not, do you have a way to help them figure out –
3. Get really good at being able to have to talk to the right people, and walk from the wrong people.

Links and other stuff mentioned in this show:
1. Why you should learn to love trolls  Trolls

Next post: MAR46: Being ruthless about your time management