App Success Mindset: How To Think Like A Billion Dollar App Creator

Ready to take your app to the next level? Get our 10-step system to 100K downloads in 30 days for free when you head over to www.SkyrocketDownloads.com.

Want to see how PreApps can help you? Apply to speak with one of our App Growth Specialists to see how our Agency can help you reach your app goals by clicking the link below now.

Hey, I'm Sean Casto, and I have helped thousands of apps over the years to go from zero to millions of downloads in sales, turn their app dream into a reality and become financially free. And it's now my mission to help others like you succeed. So, how do you build and grow an app business from nothing to millions of downloads in sales? Well, this is the “App Secrets Podcast.”

Hey, Sean Casto here. You see, many clients come to our marketing agency preamps, typically after they’ve hired an app development company to build out their app, and spent a good amount of time and money developing it. And then, now they feel overwhelmed and anxious about making sure the app is launched correctly and on path to reach their marketing goals. [01:19]

What good is spending $100,000 or even $1 million developing an app if it launches and no one knows it even exists, right? Most app owners feel concerned that their time and money spent will have gone to waste if the app doesn't work out.

Unfortunately, statistically, 95 percent of new apps that launch every single day fail to be discovered. This means that without marketing your apps successfully, there's a 95 percent probability that your app will fail to get the success in downloads that you're looking to achieve, and maybe you've already launched your app and you're feeling that struggle right now.

So, the question then is what do the 5 percent of the successful apps do to succeed? [02:05]

To answer that, let me ask you a strange question—so here's a question I want you to think about: what would you say is the difference between a U.S. $1 bill and a $100 bill?

I know it's a strange question to ask, but I actually want you to think about it. What's the difference between a U.S. $1 bill and a $100 bill?

You see, the only fundamental difference between a U.S. $1 bill and a $100 bill is the messaging on the paper. One simply says 100 and the other says 1. So, which one would you rather have? The one with the greater message, right?

Now, I want you to think about your app for a second. Does your marketing and messaging present your product as a $1 app or $1 million app? It's all about how you are presenting it to others. The difference is in your messaging. Simple tweaks to your message can make the difference between success and failure. It can turn a struggling app into $1 billion app. [03:21]

Right now, there are thousands of new dating apps, thousands of new fitness apps and entertainment apps launching every single month. Will you position your app as the leader in your market or simply just like the thousands that are currently available in your category?

The problem is that so many market their app incorrectly and just get lost in the sea of the 2+ million apps currently available and the 3,000 new apps introduced every single day. The main point I'm trying to make here is that, in the end, the depth and degree that you master app marketing dictates your success, because it doesn't matter how great your app is and what amazing features it has, if no one knows your app exists and you get zero downloads. [04:04]

The good news is you don't need to figure out all on your own—and, by the way, if you like what we're talking about here today and actually want to go deeper, then you might be interested in a free 20-minute on-demand training video that I’ve created for you, where I share the 10 steps of getting an additional 100,000 downloads in 30 days, the same steps we use for our private clients. Just head on over to SkyrocketDownloads.com and you can get free access just for listening to today's episode.

Let me tell you a story.

Have you ever heard of the multibillion-dollar app called Peekaboo? It all began in the springtime of 2011, in San Francisco, California, when two Stanford University students forever changed the way millions of people around the world communicate today—but it didn't actually start out that way.

You see, one day, in design class, a student named Evan presented a photo-sharing app idea. The app was called Peekaboo. It was first dismissed by fellow students as being very silly and of limited use. Despite the lukewarm reactions, he brought on a programmer who would become the co-founder of the company. His name was Bobby. [05:13]

When Peekaboo launched, it allowed you to take and send ephemeral pictures, and, unfortunately, when first launching, Peekaboo didn't catch on. It initially failed due to its poor marketing efforts. The founders of the app really felt discouraged, frustrated and really overwhelmed with what to do next. I'm sure many of you listening right now, even feel a similar way with your app. I get it. I've been there before with my own apps when first starting out over 10 years ago.

So, why am I talking about an app that you've never heard of that failed upon launch?

If you're a millennial, there's a good chance that you actually use this app every single day, but under its reestablished new name, Snapchat.

You see, in July 2011, three months after its inception, Peekaboo was relaunched under its new name, Snapchat. You see, Snapchat originally failed upon launch. The founders of the app understood that for the app to succeed, they must double down on marketing and really make it sexy and unique. The cofounders also added enhancements to make the app more appealing to the younger generation and to those looking to actually use it for sexting at the time. [06:23]

But now, about nine years after relaunch, Snapchat currently has over 200 million monthly users and 2.5 billion photos are shared daily, and the company is currently worth over $29 billion as of this episode. Snapchat has paved the way for future communication and innovations, and will probably continue to do so for the foreseeable future, but only because of their unique marketing and messaging.

But the important thing to understand is that what's currently stopping you from achieving your goals is marketing. You can create the most innovative and revolutionary app in the world, but it's all meaningless if you can't get people to download and discover it.

So, to wrap it up, the main thing to understand is that marketing is the lifeblood of any successful app business. The good news is you don't need to reinvent the wheel. Success leaves clues. You can learn from others and apply the same strategies that worked for them.

There are certain fundamental marketing strategies that all the top apps in the market incorporate that you can, too, and if you need help with your marketing, you might be interested in actually applying to speak with one of our app growth specialists to see how our agency can help you reach your goals.

We're currently offering a free 30-minute strategy call where you'll connect one-on-one and drill deeper into your app, and we'll be able to craft a step-by-step plan in order to be able to reach your goals. If you want access to that, just go ahead and click the link below in the show notes or head on over to Preapps.com. [08:10]

But this is not for everyone. We only work with people that are actually really serious about their app and achieving their marketing goals, and have the resources to be able to make that happen. If that's you, then go on and click the link below and apply to speak with one of our experts. We have experts that have worked with billion-dollar apps and I'm sure they'll be able to help you as well.

In our next episode, I'm going to share the three biggest mistakes that app business owners make, so stay tuned. As always, I appreciate you and I encourage you to live a bigger life, a bigger app business, as you continue to make your app dream a reality. 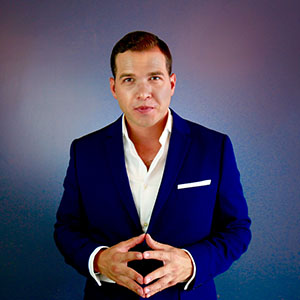 How do I create, launch and market a successful Multi Million Dollar app? From Uber to Snapchat, discover how today’s fastest growing apps reach explosive growth and how YOU can copy the exact same strategies for yourself.

The App Secrets Podcast uncovers how you can use the same strategies that today’s fastest growing apps use to create your own Million Dollar or even Billion Dollar app. Discover why the TOP apps on the market turn to Sean Casto and his agency PreApps, to 10X their downloads and maximize sales.

Previous post: Taxes Going Up & What to Do About it NOW

Next post: How To 10X Your Growth With This One Concept